So the LDS Missionaries Show up at Your Door.....

Have the LDS missionaries ever come to your door before?  Did you let them in?  What did you think about their message?
So let's assume that the missionaries have made contact with you.  What should you expect from their visits?  I thought I would share with you some things you can expect.  Here are some questions you might ask:

Missionaries voluntarily serve and don't get any money for their service.  Typically they earn money before they go on their mission, and their family supports them with the rest.  In some cases, members of the congregation offer to support them.  Most missionaries won't say no to a home cooked meal though.  ;)

2. Will they brainwash me?

Uh...no.  Missionaries come to teach.  Their job is to teach, and you have the freedom to accept or reject what they teach.  If you don't want them to come anymore, just tell them, and they will stop coming.

Missionaries have great faith and trust that God will reveal truth to you.  They will teach you, but they may ask you to read some scriptures and pray about them.  They may ask you to pray about what they have taught you.  This process is very simple, and very wonderful.  They are basically asking you to develop your relationship with God, and ask Him if what they teach is true.  They may invite you to attend a church meeting also.  If you receive an answer from God that what they taught is true, they will invite you to be baptized.

5.  Do young missionaries really have any words of wisdom to share with me?

Missionaries are human, and therefore have faults.  For many of them, this is just as much a learning experience for them as it is for you.  But through teaching, both parties can be edified together.  They are not expert teachers.  They are not expert scriptorians.  But what they do have working for them is the Holy Spirit.  One of the characteristics of the Holy Spirit is that he will testify of truth.  If what the missionaries teach you is true, you will feel the quite whisperings of the Spirit telling you that it is true.  Pay attention to how you FEEL when the missionaries teach.  The discussions they share with you, in addition to the scriptures you read will bring great peace and inspiration to your life.

I hope that you will take the time to listen to what the missionaries have to say.  If you are an honest seeker of truth, God will manifest the truth of their words by the power of the Holy Spirit.  As a young missionary, I often felt the Spirit's witness as I taught.  I can testify that the Spirit will speak to the honest in heart; those who are truly seeking God's truth. 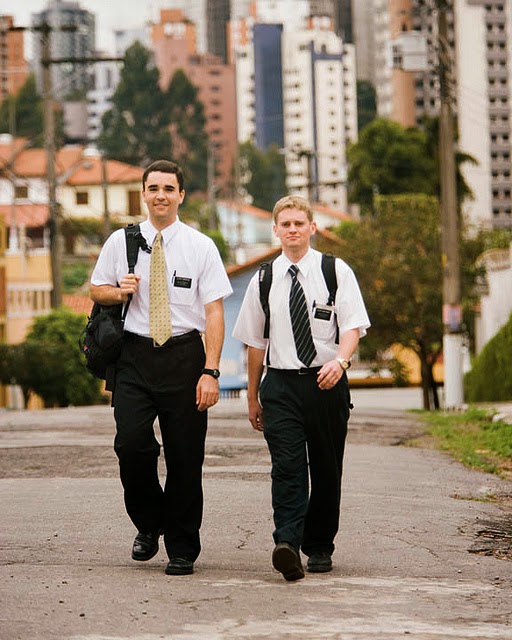 Posted by Delirious at 8:47 PM No comments:

Conference Messages: The Sacrament—a Renewal for the Soul

This talk helps us evaluate the meaning of the sacrament in our lives.

The Sacrament—a Renewal for the Soul

BY CHERYL A. ESPLIN
Second Counselor in the Primary General Presidency

The Spirit heals and renews our souls. The promised blessing of the sacrament is that we will “always have his Spirit to be with [us].”

Conference Messages: Approaching the Throne of God with Confidence

This is a great talk that addresses our ownership of the accountability we have for our actions.

Approaching the Throne of God with Confidence

BY ELDER JÖRG KLEBINGAT
Of the Seventy

Conference Messages: Free Forever, to Act for Themselves

Free Forever, to Act for Themselves

BY ELDER D. TODD CHRISTOFFERSON
Of the Quorum of the Twelve Apostles

It is God’s will that we be free men and women enabled to rise to our full potential both temporally and spiritually.

Posted by Delirious at 8:39 AM No comments: